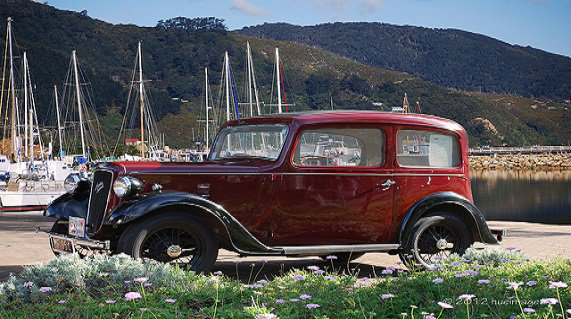 Smyth Imports provides complete services for Historical autos. We understand the special needs of Historical cars. We have over 88 years in experience.

The vintage era lasted from the end of World War I (1919), through the Wall Street Crash at the end of 1929. During this period, the front-engined car came to dominate, with closed bodies and standardised controls becoming the norm. In 1919, 90% of cars sold were open; by 1929, 90% were closed. Development of the internal combustion engine continued at a rapid pace, with multi-valve and overhead camshaft engines produced at the high end, and V8, V12, and even V16 engines conceived for the ultra-rich. Also in 1919, hydraulic brakes were invented by Malcolm Loughead (co-founder of Lockheed); they were adopted by Duesenberg for their 1921 Model A. Three years later, Hermann Rieseler of Vulcan Motor invented the first automatic transmission, which had two-speed planetary gearbox, torque converter, and lockup clutch; it never entered production.

The Type 35 was the most successful of the Bugatti racing models. Its version of the Bugatti arch-shaped radiator that had evolved from the more architectural one of the Bugatti Type 13 Brescia, was to become the one that the marque is most known for though even in the ranks of the various Type 35s there were variations on the theme.

The Type 35 was phenomenally successful, winning over 1,000 races in its time. It took the Grand Prix World Championship in 1926 after winning 351 races and setting 47 records in the two prior years. At its height, Type 35s averaged 14 race wins per week. Bugatti won the Targa Florio for five consecutive years, from 1925 through 1929, with the Type 35.

The Austin 7 was an economy car produced from 1922 until 1939 in the United Kingdom by the Austin Motor Company. Nicknamed the "Baby Austin", it was one of the most popular cars ever produced for the British market, and sold well abroad. It wiped out most other British small cars and cyclecars of the early 1920s; its effect on the British market was similar to that of the Model T Ford in the USA. It was also licensed and copied by companies all over the world. The very first BMW car, the BMW Dixi, was a licensed Austin 7, as were the original American Austins. In France they were made and sold as Rosengarts. In Japan Nissan also used the 7 design as the basis for their first cars, although not under licence

The original 1922 four-cylinder Austin Seven engine had a bore of 2.125" (54mm) and stroke of 3" (76mm), giving a capacity of 696 cc and RAC rating of 7.2 hp. From March 1923 the bore was increased to 2.2" (56mm) giving 747 cc and 10.5 hp. The side-valve engine was composed of an aluminium crankcase, cast iron cylinder block and cast iron cylinder head. Cooling was by thermosiphon, without a water pump, and the dynamo was driven from the timing gears.